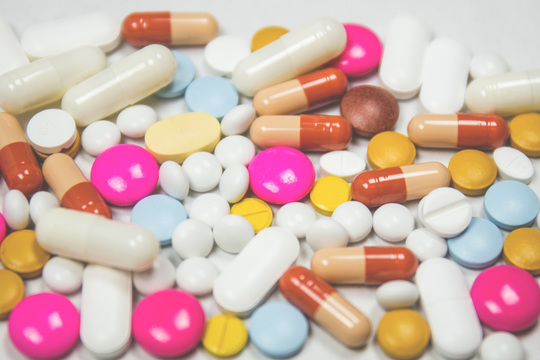 Pain is something that seems to be a fact of life, but how much suffering does it cause? How much money is spent on drugs and at what cost, not only financially but also in the side effects caused? Side effects of painkillers (non-steroidal anti-flammatories or NSAIDs) cause more deaths than Parkinson’s disease or AIDs in the US.

Back pain alone has been around as long as people have been walking upright. Some say that 80% of the population will suffer from it in their lifetime, and it’s one of the biggest causes of time lost from work. Yet doctors and science still cannot explain its true causes, and every decade there is a new theory about what causes it, none of which gets the results many people are seeking.

One of the ways to change pain, which has not often been proposed by medicine and researchers, is consciousness itself. Gary Douglas, best selling author and founder of Access Consciousness™, however, has asked questions about how consciousness can affect pain.

“Pain is actually a construct,” he says. “It’s something we made up. It is not real.” What we judge and mis-identify as pain is actually awareness we are refusing to acknowledge.

Nice theory, but if you’re suffering from intense pain, what might this have to do with you? It could be everything. One tool Douglas offers is to ask your body, “Body, what are you trying to tell me with this intensity?” Merely identifying what you’ve misidentified as pain, as the intensity it really is, can shift your experience of pain dramatically. One of the reasons for this is that any lie you buy sticks you; it creates a situation you can’t ever change. By changing it to truth by asking questions you allow more change to occur.

Our bodies are sensory organisms. Douglas compares them to the cat’s whiskers. They are giving us information all the time about what’s going on in other bodies around us. How can our bodies communicate this to us? Much as we might like it, they’re not likely to send us a SMS on our cell phones. They tell us about the pain in the bodies of people around us most often by evoking an intensity that we call pain in our own bodies. This may sound like an assertion that ranks high on the “woo woo scale,” but it can have dramatic instant results. One of Douglas’s clients was in a grocery store when an older woman asked him to pick up a box of detergent from the bottom shelf because she couldn’t lift it up due to back pain. “Who does that belong to?” blurted the client.

“My husband!” the woman responded instantly, as she bent over and lifted the box of detergent without assistance.
This demonstrates the dramatic effects, which can be created by asking questions about what you perceive as pain. “Who does this belong to?” and “Is this mine?” are great questions to start with. If you ask those questions and you feel lighter, that’s a good indication that the pain you’ve been believing is in YOUR body actually is merely an awareness your body has of suffering in someone else’s body or bodies.

When you ask the question about who your pain (or the pain you’ve identified as yours) really belongs to, or if you ask if it’s yours, a subtle lightening up of your energy is a good indication it’s not your pain in the first place. If it’s not yours, no therapy on it is likely to work. Since all drugs have side effects, how smart is it to take pain for a problem that isn’t even yours?

If you suffer from pain on a regular or intermittent basis, how could you use these tools to change it, without drugs? The first step is to ask if the pain is even yours in the first place. If it’s not, there’s a great chance it will lighten up quite soon after you ask that question, just like the old lady in the grocery store.

If you’re sure the pain is actually yours—if it doesn’t lighten up at all, even for a nanosecond—then you can proceed to the next question, “Body, what are you trying to tell me with this intensity?”

Common mistakes that people learning to use these tools often make are assuming that if the pain is very intense it must be theirs since they feel it so intensely. Not true. Yes, it may be intense, but that doesn’t make it any more likely to be yours.

Another common misconception is to believe that it’s yours if it comes back after initially lightening up when you asked the question. Its returning does not mean it’s yours; it merely means you have bought the lie that it is yours. The way to handle this is to destroy and uncreate all your decisions to buy the pain as yours when it wasn’t. If the pain lightens up even for a nanosecond when you ask the question if it’s yours or who it belongs to, it isn’t yours.
Another cause of pain can be capacities, talents and abilities that you haven’t acknowledged. Talents, abilities and capacities are not limited to singing or tap-dancing. They can include unexpected capacities like the ability to remove the side-effects of chemotherapy and radiation from another person’s body, for example.

One woman was feeling intense debilitating pain that kept her from having any quality of life. The medical doctors had done imaging to determine it was not a kidney stone, and all other medical tests could identify “nothing wrong.”  They concluded it was “all in her head.” Her pain had started suddenly the day after a family party to celebrate the christening of her son.  Nothing strenuous or stressful had occurred during this sit down dinner. Yet her pain started this day and persisted for months.

Intense questioning by several Access Consciousness™ facilitators revealed that this woman had the capacity to take both pain and life-threatening illness out of other peoples’ bodies, and that she had done this at the party right before her pain started. When she acknowledged this and used some verbal Access Consciousness™ clearing tools, her pain disappeared in less than a week.

Access™ Founder Gary Douglas injured himself over the holidays, cleverly managing to fall upstairs while carrying 4 bottles of expensive champagne. The resulting torqueing of his body caused excruciating pain. He found that asking himself “What capacity am I not acknowledging that is actualizing as pain?” over and over again created a dramatic reduction overnight in the pain from his injury. This is another tool you can use if you’d like to shift pain you’ve been suffering from.
​
What if changing pain through changing your point of view were as easy as popping an aspirin?  What would you choose then?

Right Body For You